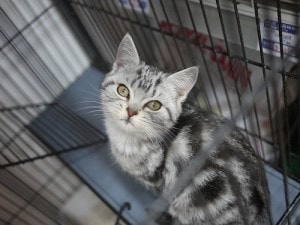 In the largest nationwide adoption event ever, Maddie’s® Pet Adoption Days is sure to be one for the record books.  On June 1 and 2, 2013, more than 200 shelters and rescue groups from eight communities across the nation will participate in this adoption event, and Maddies’s Fund will pay all adoption fees for qualified adopters. 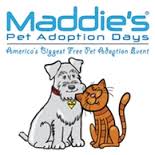 Maddie’s Fund® has had some pretty impressive success with previous events: a total of 6,722 dogs and cats were adopted during the event’s three-year history, which was held only in the San Franciso Bay area in past years. Maddie’s Fund has earmarked $4 million for this year’s event, which will reach 11 million more people in the following eight metropolitan areas:

Maddie’s® Pet Adoption Days is being held to increase awareness of shelter animals and their need for loving homes, and to shed light on the tireless efforts of the shelters and rescue organizations across the country that work so hard to save the lives of countless dogs and cats every day.  The adoption event honors the memory of the foundation’s namesake, a Miniature Schnauzer named Maddie. For more information, please visit Maddie’s Fund.

The event closest to me is the one in New York City, and I’d like to highlight two of the cats that are available for adoption from one of the participating shelters, Anjellicle Cats Rescue: 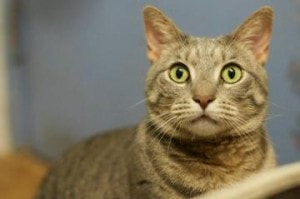 Amelia is about two years old. She lost her home when her owner surrendered her to the city shelter. She is still confused, but Anjellicle Cats is confident that she’ll warm up again and be someone’s great company once she feels safe and loved. 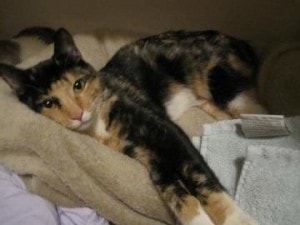 Bella is a 2-year-old gorgeous calico cat with a lot of personality. She was surrendered to the city shelter by the only family she’s ever known because of a new baby.When she’s not being playful and active, she will try to be as close to you as possible. She will rub up against you and head butt you, lick you, step on your computer until it makes noise, sit on your lap, and put her paws on you until you give in and give this beautiful girl some attention. Because of her activeness, she would do best in a home with another playful cat and without children.

For more information about Amelia, Bella and their many other adoptable cats, please visit Anjellicle Cats Rescue.

5 Comments on Maddie’s Fund Hopes to Find Homes for 5,000 Shelter Pets This Weekend