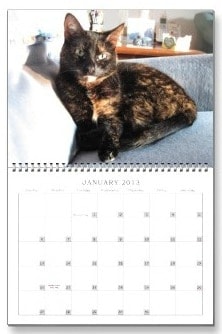 The journey of a thousand miles begins with one step. – Lao Tzu

The new year is only five days old today. How are your New Year’s resolutions holding up?

I’m all about reinventing yourself, and finding your bliss, and the clean slate of a new year seems to be as good a time for it as any. And therein probably lies one of the reasons why so many New Year’s resolution fail. Why only pick January 1 to change your life? You can change your life on any given day – it’s YOUR choice, YOUR time.

I stopped making New Year’s resolutions a few years ago. Since I still like the idea of a “fresh start” a new year offers, I set New Year’s intentions instead. I think New Year’s resolutions are destined to fail, because there’s an inherent flaw in the term “resolution.” According to Merriam Webster, the definition of resolution is “the act of determining.” There’s nothing there that says we’re actually going to do something. This is why I prefer to set New Year’s intentions. The definition of intention is “a determination to act in a certain way.” The difference is subtle, but one (intention) implies that we are actually determined to do something differently, whereas the other (resolution) simply states that we’ve decided to change something.

I’ll use of of my New Year’s intention as an example: I set the intention to spend a little less time on the computer. Don’t worry, this won’t impact what you’ll see on this site, nor will it stop me from interacting with you here and on our Facebook page! I love what I do, and for me, work and play tend to blend into one cohesive whole, but that doesn’t mean that it’s all I want to do.

There are two parts of what a resolution to spend less time on the computer won’t work: first of all, it’s a negative resolution. Even though this works for some people, I don’t respond well to hearing “no,” or “don’t”, and I don’t think the universe does, either. So at the very least, I should phrase it along the lines of “I will spend more time with my cats” or “I will spend the last hour before bedtime reading.” The bigger piece, though, is that if I only resolve to spend less time on the computer, it doesn’t give me anything to work with, and the first time I spend too much time online, I’ll start getting frustrated, and the second or third time, I’ll just tell myself I’ll never change and give up.

Intentions are more specific. By setting the intention that I’m going to limit my time on the computer (and for me, this applies especially to time spent online in the evenings), I’m also thinking about what I’m going to do with this extra time. Maybe it’s playing with Allegra and Ruby, maybe it’s meditating, maybe it’s reading. Setting specific – and realistic – goals helps you achieve your desire much quicker.

When you set an intention to change a part of your life, think about the following:

It helps to write intentions down, and read them to yourself out loud. As you make progress toward your goal, journal about the steps along the way – both the successes and the setbacks. Referring back to your journal can help keep you on track on days when it seems you’ll never achieve your set intentions.

What about you? Did you make New Year’s resolutions? How are you doing with them?

6 Comments on Conscious Cat Sunday: how are your New Year’s resolutions holding up?