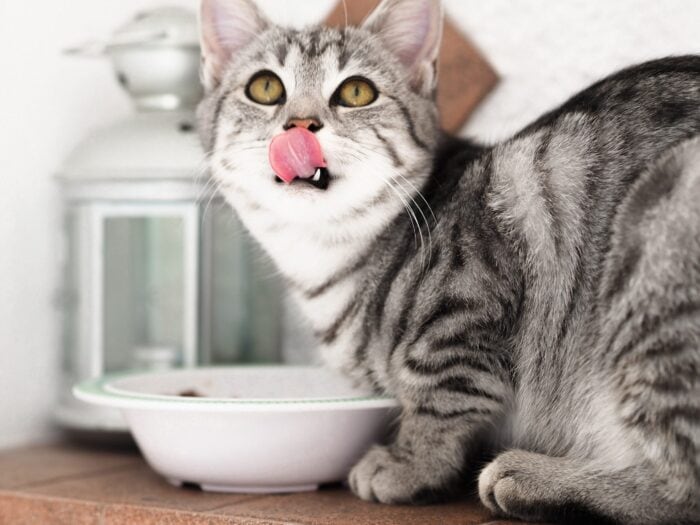 Diabetes, arthritis, kidney disease, heart disease, low immunity, even cancer – all of these diseases are ultimately caused by chronic inflammation. Inflammation is the body’s natural response to healing by bringing an increased immune response to the site of an injury or infection, but when inflammation becomes chronic, it damages the body and causes illness.

It has long been accepted in human medicine that processed foods cause and aggravate chronic inflammation, and this is also true for our cats. Highly processed pet foods may well be at the root of many of the degenerative diseases we’re seeing in pets. Ironically, many veterinarians recommend these diets to their patients as the ultimate in “complete, balanced” nutrition. “Most small animal veterinarians spend the majority of their time as clinicians treating inflammation,” said Dr. Steve Marsden, one of the chief educators of veterinarians worldwide in complementary veterinary medicine, with board certifications in Chinese herbology, acupuncture, and naturopathic medicine. “For some, it is disheartening how they have to continually reach for the same old anti-inflammatory drugs, with all their attendant side effects. More alarming, too, would it be, if they realized the diets they sell in their front office were actually the cause of all that inflammation.”

A processed diet high in fat or carbohydrates creates a vicious cycle of sustained oxidative stress and damage from inflammation, which can eventually lead to insulin resistance, obesity and cardiovascular disease. This is often referred to as Metabolic Syndrome. This has been well documented in human medicine, and is probably even more true for an obligate carnivore like the cat.

Once Metabolic Syndrome is present, inflammation becomes more entrenched and less likely to resolve itself. Conventional treatment with corticosteroids only amplifies insulin resistance, and can result in full-blown diabetes.

Genetics also play a role in the development of disease, but cat guardians have no control over that. They can, however, control what they feed their cats.

Studies on the human side have shown that food processing plays a major role in creating Metabolic Syndrome. In a study conducted in New Zealand on overweight, hypertensive humans, one group was asked to consume 62% of their daily calorie intake in the form or raw food, the rest as prepared or cooked. The control group ate a normally cooked or processed diet. After six months, the two groups were switched. While on the raw diet, participants experienced dramatic declines in metabolic syndrome markers and demonstrated weight loss and a reduction in blood pressure.

The case for a raw diet

Unfortunately, raw foods have been much maligned by the veterinary medical establishment. “Raw foods are the pariahs of the pet food industry, and are generally dismissed out of hand as unproven at best, and dangerous at worst, by the majority of veterinarians,” said Dr. Marsden. “This professional antipathy seems to have resulted in studies of raw pet foods to date being strikingly unimaginative. Research into raw meat diets has almost exclusively and repetitively focused on their potential as a source of bacterial exposure, despite this largely being common knowledge among veterinarians and consumers.”

What the AVMA and veterinarians who speak out against a raw diet overlook is that food processing does play a major role in the inflammatory process. Raw diets have a lower glycemic index, which helps reduce insulin resistance, inflammation and post-oxidative stress. Said Dr. Marsden “While outbreaks of food borne illness have not been identified despite the abundant use of these diets, there is no question that some risk exists. No attempt has been made, however, to hypothesize what kinds of benefits the diets might provide that, in owners’ minds, justifies assuming this risk.”

Cat parents who are feeding raw diets usually find some pretty dramatic benefits even after just a few meals. They witness anything from clearing up chronic skin conditions and diarrhea to improved hair coat and a stronger immune system. These benefits more than justify the perceived risk of feeding these diets – a risk that can be minimized by following simple common sense principles of basic food handling.

Making informed decisions about what to feed

Even though the raw food segment of the pet food industry is growing, it is unlikely that the industry will embrace the message that food processing causes illness. It is up to cat parents to educate themselves about the dangers of overprocessed foods, and make an informed decision about what they feed their cats for optimum health. Hopefully, as more cat parents demand better nutrition for their feline family members, veterinarians and the pet food industry will find ways (and fund studies) to make safe, unprocessed foods to end the vicious cycle of inflammation in our cats.

A raw diet may not be for every cat, or every cat parent. However, the argument for minimally processed raw or home-cooked diets is compelling.

For further reading on this topic, please refer to the Feline Nutrition section on this site.

Photo by Laura Chouette on Unsplash

This article was first published in 2012 and has been updated.

26 Comments on Are Processed Foods at the Root of All Feline Illness?