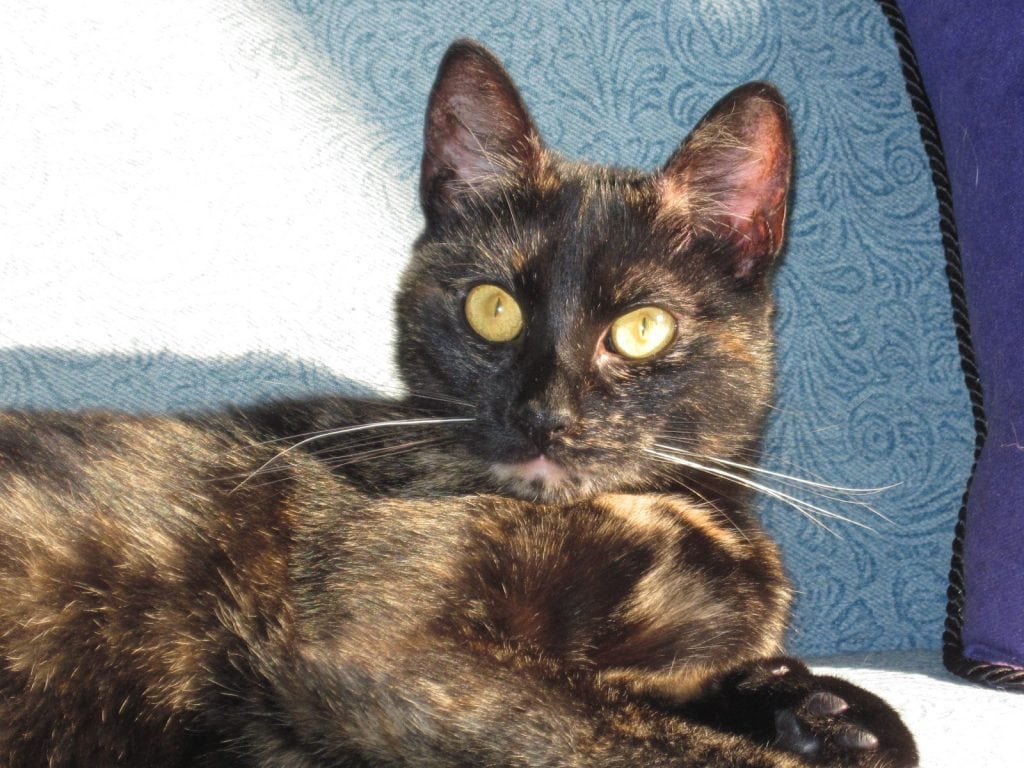 Mom says I have a propensity to get myself in trouble. I don’t know what propensity means. It sounds like one of these big words humans like to use to make themselves sound important. I like to have fun. I can’t help it if that sometimes ends up causing trouble, can I?

After my stink bug adventure from two weeks ago, things had been pretty quiet. I was just going about my usual business of playing with Allegra, being cute, keeping Mom’s lap warm while she works, and just generally having a good old time.

It was during one of my lap warming sessions when trouble found me. It was pretty late in the afternoon, and I was starting to get a little hungry, so I thought I’d start reminding Mom that it would soon be dinner time. One way I do that is by walking around on her desk, pushing against the monitor so it turns and she can no longer see it, sitting on top of the printer, and all kinds of other things that Mom calls “disruptive” and that I call “entertaining.”

Mom didn’t even stop working long enough to admire my cuteness, so I moved on and started to play under her desk. Sometimes I jump on top of the computer that’s under there, it’s nice and warm on top of it and it vibrates a little bit. I like that! That day, I noticed something I hadn’t noticed before. There was a big fat blue cable hanging halfway down to the floor from the desk. It looked like it was put there just for me. My own personal kitty jungle gym! I just knew it would be great fun to try and dangle from it!

It was fun. For about ten seconds. Then the blue cable came loose, and two big black boxes came crashing down on top of me. I ran like the wind to get away from them! Predictably, Mom’s reaction was “oh no, Ruby! What did you do?” I swear, sometimes I think my name is really Ohnoruby.

Apparently, my little bid for the kitty Olympics gymnastics team killed Mom’s internet access. It took several minutes of muttering and uttering some very ugly words before she figured out how to plug everything back into the right outlets to get things going again. Apparently I had not only toppled something she called a router and a modem, I had also ripped the blue cable out of the router thing.

I don’t know what the big deal was. In fact, as far as I’m concerned: mission accomplished. Because once Mom put everything back together, instead of going back to work, she went into the kitchen to feed Allegra and me.

17 Comments on Ruby’s Reflections: Ruby and the Computer Cables