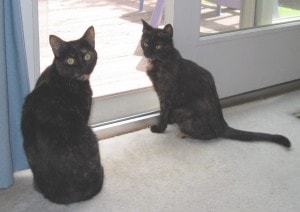 I picked Allegra and Ruby’s Great Adventure for this category because it features my two beautiful babies! Allegra and Ruby both have their own columns here on the site, Allegra’s World and Ruby’s Reflections, and frequently, their posts prove to be more popular than the ones I write! 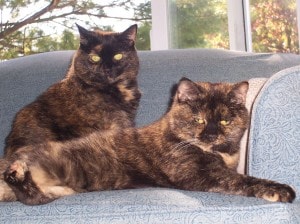 Without a doubt, it’s Tortitude: The Unique Personality of Tortoiseshell Cats. I wrote this post about torties’ distinct personalities in August of 2009. As of this writing, the post has received more than 6000 comments and has turned into a community of tortie lovers who visit frequently to share stories of their special girls (and even a couple of boys!).

Controversial may not be quite the right word, but The Truth About Dry Cat Food has generated a lot of great ongoing discussion since I first wrote it in April of 2010, and it won a Petlitzer Award for best pursuasive essay in March of this year. Feline nutrition is one of my passions, and far too many cat guardians are still not aware that cats should not eat dry food. It makes me happy that this post has contributed to many cats being fed a better and species appropriate diet of grain-free canned or raw food. 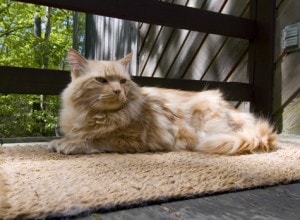 This one was hard to pick. The whole purpose of this blog is to educate cat guardians about how to make the lives of their cats happier and healthier. I choose Making Medical Decisions for Your Cat because it’s an important topic that isn’t talked about all that frequently. I wrote it in January of this year at a time when several friends were going through this process. With advances in veterinary medicine, there are so many options today when a cat gets sick, and making decisions can be overwhelming. The bottom line: the only right decision is the one that’s right for each individual cat and each individual person. 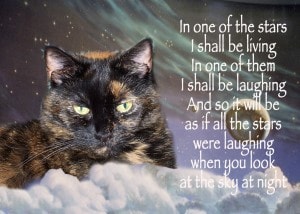 I wrote What Not to Say to Someone Who is Grieving the Loss of a Pet in June of 2010, a month after Amber died. As a society, we are not equipped to handle grief and loss, and many people don’t know what to say to someone who is grieving.  This can be compounded when the loss is that of a pet.  Even people who are genuinely sorry and want to express their sympathy often don’t know what to say to comfort the grieving person . It is difficult to know what to say, and as a result, people often, without meaning to, say the wrong things that, rather than providing comfort, only serve to upset the grieving person even more.

The feedback to this post, both in comments and via private e-mail, was almost overwhelming, and made me glad that I had written it. 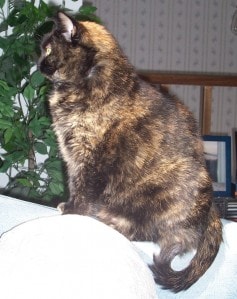 I have always believed that animals come into our lives to teach us. First and foremost, they teach us about unconditional love. But they also teach us to stretch and grow, to reach beyond our self-imposed limits, and to expand our consciousness. For me, being around animals is also one of the most direct ways to connect with my spiritual core. I wrote Animals as a Pathway to Source in December of 2009, when I was preparing for a book talk on the same topic. Maybe the title wasn’t catchy enough, but I’d really like to see this one get more attention. 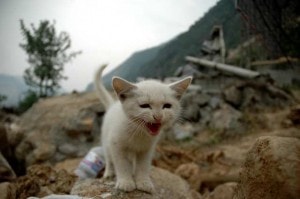 When I posted a list of resources on how to help the animals affected by the devastating earthquake and tsunami in Japan in March of this year, I never expected it to go viral. Help the Animals in Japan got more than 10,000 views in just a few days. I’m proud that I was able to help spread the word and raise money to help the animal victims affected by this disaster.