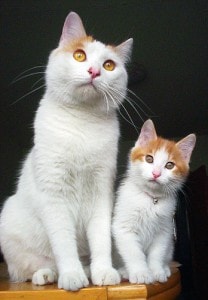 Happy Father’s Day to all the dads out there!

My dad passed away more than six years ago.   This Father’s Day, I miss him a little more than I normally do.  My grief over Amber is still fresh and raw.  One aspect of the grieving process that often catches people by surprise is that frequently, it causes us to relive all the other losses we’ve previously suffered.  Holidays like Father’s Day always intensify the emotions.

My relationship with my dad was complicated at times, but I always knew that he loved me, and I have many wonderful memories of him.  His life was shaped to a great extent by his experiences during World War II in Germany, and as a result of suffering so much loss at such a young age, he held those he loved close to him – at times, too close for a daughter who wanted to spread her wings and fly from the nest!   He instilled in me my love of nature – some of my earliest and fondest memories are of long walks in the woods and parks near our home.  He taught me the names of all the flowers, trees, butterflies and animals we’d encounter on those walks.

He worked hard at a job he didn’t enjoy all that much to provide for my mother and me.  We were by no means rich, but he always made me feel like we were.  He fell in love with the Alps after first catching a glimpse of them as an American POW in Bavaria after the end of World War II.  The story he told was of being held captive in a basement with a very small window, through which he could see these beautiful mountains, and even in the darkest days of his captivity, looking at the mountains would give him hope.  He vowed that he would come back to these mountains someday, and he did.  Some of his happiest times were vacations spent hiking those magestic mountains.  He loved to travel, and after taking early retirement, for the next nine years, he and my mother traveled extensively.  He especially enjoyed his travels in the Western part of the United States – every Western movie he’d ever seen came to life for him there.  He would talk about those trips for years to come.

He had a difficult time dealing with my mother’s death in 1994, and his life contracted again.  He didn’t enjoy traveling by himself, and other than his annual visit to the United States, he stayed close to home.  When he became ill with prostate cancer, I wasn’t sure he would want to fight – but he surprised me.  He wanted to live, and he survived.  Then he decided that it was time to make a lifelong dream come true.  He sold his home of forty years almost overnight, and bought a condo in the Black Forest, where he spent the last two years of his life in an environment that he loved.   Having been a life-long worrier, he learned to live in the moment and “appreciate each flower and each butterfly,” as he once told me.  He passed away after a short illness, and knowing how happy he was the last two years of his life was a great comfort to me.

If you still have your father, tell him that you love him today.  My dad had a long, sometimes difficult, but ultimately good life, and I miss his physical presence in my life.  However, his spirit is never far from me.